"Before my Mother met my Father she had met and fallen in love with a soldier during WWII and he was killed in the war. Both my Mom and Dad were very patriotic WWII vets, and my Mom had even enlisted in the US Army (as a WAC) during that time. While I was growing up I always heard racial slurs from them against the Japanese (and German) people seeming to blame them for all the atrocities that occurred. When I heard this song in the early sixties on the radio as a ten-year-old boy, I loved it, and I also noticed it had a calming effect on both of my parents. I recall that my Dad was even stationed with the military in Okinawa at one point for one of his assignments, and that Mom would not go with him so that the rest of our family stayed in the states. When I visited Hawaii with both Mom and Dad in the 1980's and went to the Arizona Memorial with them, I knew that the ill feelings they both still harbored toward the Japanese had resurfaced. Years and decades passed and my Dad died, and Mom grew old without him. When we were not able to take care of Mom at home any longer, she went to a Nursing facility and had a roommate in the bed next to hers: an elderly Japanese woman named Yaeko. This woman was not able to speak at all nor move without being assisted due to her medical condition, and Alzheimer's was having a similar effect on my Mom so that they were virtually unable to communicate with each other. Oh, but they most certainly did commnicate. One day after Mom had been at the facility for nearly two years, my brother and I came into her room to find both her and Yaeko looking at each other and both starring up at the ceiling in the corner of the room and smiling. Nurses Assistants said they couldn't believe Yaeko was actually speaking in her Japanese language, since she had not spoken in years. The Assistants told me my Mom had also been talking for hours and was steadily looking up toward the same corner of the room where Yaeko was now pointing at. My brother (who videotaped part of this scene) asked Mom if she was looking at "Angels," and she just looked at Yaeko and back up in the corner, and both of them kept smiling. We could only guess what the two of them were looking at that day, or how they were somehow able to communicate with each other, and both seeing the same thing. The next morning when I came to visit I found out that sadly Yaeko had died during the night, and within one month, my beautiful Mom had also passed away. It is strange how Karma, Destiny or whatever you want to call it, seems to point toward Eternity. That was nearly five years ago, and now whenever I hear this song, I always think of my Mother, and of Yaeko, RIP.﻿" 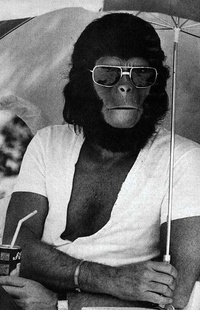